What do KQ Ranch and the Secret Life of Pets Have in Common?

A Story Presented by KQ Ranch: A New Day

We know, we most likely tricked you into thinking we were referencing the adorable animated movie released over the summer. However, we have something possibly more important to discuss with you – The actual secret life of pets. You know, the existence our furry friends have when we are away. After all, we have quite the suspicion that our cuddly companions have their own ways to amuse themselves when we’re not around. But at the end of the day, the truth is that some of those activities will forever remain a mystery to us humans. That’s where we come in.

At KQ Ranch, we are proud to offer a warm welcome to all furry friends whose humans are camping near San Diego. In fact, we want to let you in on a little story of our own. It involves the classic experience that the average 4-legged member of the family can expect to have with us here on the ranch. Read on to learn more about the secret life of Wiffles.

Wiffles was just about to finish up his bowl of morning Kibble when he saw “the suitcases” being wheeled out. “Oh no”, he thought to himself. He knew what those particular wheels meant. They meant that he would most likely be forced to go to that quirky house where the puppy who looked like a lot like his owner always forgot that he was fed already. Or that box on wheels could have signified that he would return to that dreadful place where he remained in a cage with far too many other dogs who never seemed to want to befriend him. Wiffles imagination began to take over as his breathing grew heavier. That’s when he thought to himself, “This is shaping up to be a very bad day indeed.”

As the two younger humans in the family fought over who got to hold which stuffed animal in the car, he felt his heart sink in disappointment. While he was placed in the car alongside his family members, he felt a tremendous sense of dread not knowing where he was going to end up. And without them, no less.

Chapter 2: The Moment of Truth

Slowly Wiffles started to realize something. Maybe he was going to stay with his family after all! There was no way that the place with the cages was this far away. They had been driving for hours! It was then that he spotted a gorgeous RV campsite and felt like the luckiest dog in the world! Finally a vacation destination that he was allowed to come to! As the door swung open, he instantly leaped out to sniff the pine trees and check out the new smells on the dirt. There were a multitude of campgrounds with cabins, and his family was absolutely delighted to discover the full kitchen and something they referred to as called cable TV. There were even a ton of other friendly dogs to greet. Off his leash and on the prowl, he checked out his new surroundings and felt completely at home.

Wiffles couldn’t help but notice how happy everyone was to see him. Kids all over the campsite smiled when they saw him and absolutely giggled with delight when he licked them. Even people in official-looking uniforms wanted to pet him! The camping grounds sure looked like a lot of fun, so he eventually had to break away from the tickles to explore and exercise. After chasing a few squirrels, he distinctly picked up a very familiar smell: A peanut butter sandwich! Upon sniffing the air and following the scented trail, he discovered multiple dog parks! He simply couldn’t believe his eyes. He was in true doggy Heaven.

As the evening wore on, his large human friend scooped him up and brought him to a fluffy bed that seemed to magically appear in their beautiful family cabin. As he drifted off to sleep, he had the most marvelous dreams and experienced a deeper sleep than ever before. The next morning, he woke up to the smell of bacon cooking. “Wow, this cabin really is incredible. I’m so glad they allow pets here,” Wiffles thought to himself.

Chapter 4: A Time for Fun

It was a good thing Wiffles got some rest on the state park campgrounds because that morning presented itself with an abundance of activity. He was pleased to be allowed to join the big and little people on their hike, and he even decided to take a dip in the fishing lake in the afternoon. At dinner time, he couldn’t believe his luck when he gobbled a couple of dropped hot dogs around the campsite. While his owners seemed concerned about his safety, they were reassured by those official-looking people that he would be just fine. They explained that they have 24 hour surveillance so their family was in the best of hands.

Wiffles badly wished he could speak because all he wanted to say was how safe and happy he felt there on KQ Ranch. The remaining days at the campsite passed by in a blur of excitement and fun. He couldn’t help but chuckle at his initial fears of being away from his family. But he had a pretty good feeling that his two larger humans would continue to bring him to this pet friendly resort every year.

We hope that you enjoyed our story and learning about what your furriest friends could experience at our campsite. After all, Wiffles is just one of many pets who have enjoyed their time with us, and we truly enjoy being able to accommodate them. Pets are family, and your dream vacation should undoubtedly include them in your memories. So whether you’re joining us for a short stay or for an extended family vacation, your pet is more than welcome to stay with us. For more information about our pet friendly camping in San Diego, please do not hesitate to contact us by clicking here. We look forward to learning more about the secret life of your pet! 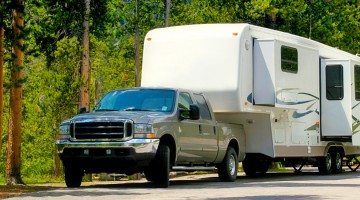 How to Prepare for Your Next RV Camping Trip 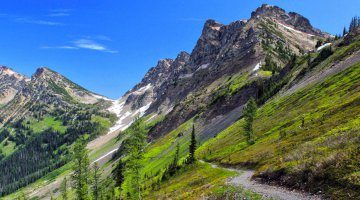